I hope everyone with little kids gets lots of candy! Have a safe night!
Brewed by MamaMay at 9:16 AM No comments: Links to this post

Well I had a sonogram yesterday and I am 16 weeks along. That is all. Thanks.
Brewed by MamaMay at 8:30 AM 1 comment: Links to this post

Before I moved to Hawaii an great friend of mine gave me a knitting book called Glamour Knits by Erika Night, and I love it, I really do. But I am a rather advanced knitter (knitting almost 20 years...) know things that less advanced knitters do not and as such can fudge my way in some things.

The book itself is laid out with all the color photos in the beginning and all the pattern photos and script being monochromatic. They are the same photos as the beginning photos so if you need more detail or want color you can just flip to the front.

The photos all look VERY glamorous and very pretty on the model. They were taken like they were meant to sell the garment but doesn't really show the construction of the garment. This makes it hard to see what you are doing wrong in comparison to the photos. (of course Ravelry only has user photos not the book photos so you can use those if you want help with pictures, the only problem I see is that Ravelry only has 11 of the 15 patterns for this book on Ravelry... so if you like a pattern that isn't on Ravelry, you might have some issues.)

The patterns themselves are quite straight forward and I like them. Easy to read and the like. This book does not have graphs, it only has the written pattern, so if you are a graph knitter then this is not a book for you.

Also a quick search shows that there are errors in this publishing of the book (hopefully to be fixed in the second run) and here is a link to the errata.

Overall, the book has it's issues (don't we all?) but can be overlooked or just be non-issues by the right knitter.

Edit: Also there are more reviews here.
Brewed by MamaMay at 8:35 AM 1 comment: Links to this post

The path the Lord sets.

Recently I started reading a new blog and I thought I would share. Emily, at Under $1000 per Month, is an amazing woman living a life that most in America would find impossible. She is doing this because the Lord has called her and her family to it. She has some AMAZING recipes and frugal tips on top of being debt free.
Brewed by MamaMay at 8:06 AM No comments: Links to this post

I was reading through my last months posts and realized how much stuff has changed. So I thought I would do an overall update post.

G is 18 months. He is right on target in walking and talking (actually he is a little advanced in the talking, but just by 2 months so not something to really get worked up over). His fav word is "I did it" followed by clapping. I am very sure he sees this as a word because it a phrase his sister uses at least 100 times a day. We also have him trained to put away his toys (he says "I did it" and claps after EVERY toy, it is soooo cute). He has started doing toilet training. So far he goes to the bathroom to poop while holding the toilet about half the time. I have caught a few times and actually gotten him in the toilet a few times. I love not having to clean poopy diapers and hope to catch him more often soon.

N just turned 4. She we got her a tricycle for her birthday. I was going to get a used one, but all the used ones I had found were beyond repair or more expensive to fix than new. I feel bad buying a new one... really I do. N also had surgery at the beginning of this month. (She had a cyst near her thyroid that she was born with... the doctors wanted to remove it because the cyst had the possibility of getting an antibiotic resistant infection sometime in the future. those same doctors wanted to wait until she was about 4 because then the neck would have grown (a smaller chance of complications) and it wasn't life threatening (why do it now when it will be safer to do later?).) For her surgery I got her a used playhouse for outside that was 30 dollars (a completely frivolous purchase, but one my daughter LOVES).

Well, that is about it.
Brewed by MamaMay at 8:29 AM No comments: Links to this post

Oh so often I hear women complain that while pregnant they can smell EVERYTHING and make it out to be the worse thing that can happen. While it can be annoying to smell your neighbor 10 houses over smoking that cigarette, there are also wonderful smells too that you never noticed before. My favorite is the smell of my children. No not the "eww poopy diaper" smell, more the normal smell of their head. My son smells like daffodils and apples. An interesting combination, but sweet smelling and delightful. My daughter smells of fresh milk (like fresh, fresh from a dairy cow before any processing) and tulips. Again, not the most normal combination, but not yucky smelling. I personally love the smell of my kids and could hold them all day and just smell them.
Brewed by MamaMay at 6:51 AM No comments: Links to this post

The good and bad of military houseing

Ok, well we are settled in now (only took what, 2 months in the house!) and over all it is great. I love my neighbors, there are lots of kids the same ages as my kids, there is a play ground with in sight of my house, the house is HUGE compared to our last place, and I have a fenced yard.

Of course there are some mild annoyances, but that isn't the housings fault. Seems here in Hawaii someone brought this one type of snail called the Great East African Snail as a pet and released it here. The thing is impossible to kill with poisons and eat ANYTHING you try to plant! Added bonus, they carry HORRIBLE DEADLY illness even in their slime trails... well if infected with the illness they do, but really do you want to check? Who ever it was that wanted to save their "pet" by releasing it... well I have some choice words for you... So far I have resorted to just taking a hammer out at night and crushing all of them I find every night. Tonight I killed a total of 350 (well I stopped counting at 350... there were more...) of them in back yard while I was out for 10 minutes... Oh and did I mention there is NOTHING on island that eats or hunts these things?

Anyway, if anyone has a sure fire way to kill them.. please tell me... please...
Brewed by MamaMay at 8:53 AM 2 comments: Links to this post

No knitting... or coffee

Ok, since being preggo, I have omitted coffee from my diet. This has been hard, as it means I have to sleep more (9 or 10 hours instead of 7 or 8) and I am less focused (ADHD- self medicate with caffeine, which not nessarily good for you, is in my option better than the drugs they perscribe). These are not good things as I am falling behind in house work.

This means I am falling behind on knitting too. I have about 15 to 30 patterns that need finishing touches one way or the other for a PDF (mostly just knit, photograph and slap on the PDF) and then I can start selling those patterns. After I have the patterns ready I can make bundles of them and set it up as an Ebook. When I make money enough off the Ebook, I can actually publish the book and sell it! Of course I am still behind on the house so until that happens, I am having to put this whole thing on hold...

But hey, I still have Christ so it isn't all bad!
Brewed by MamaMay at 11:37 AM No comments: Links to this post

My son: the nudest

My 18 month old son has discovered the joys of nakedness. Every morning I wake up to find him in his crib buck stark naked. At no other time does he remove his clothing but when he is in his crib so at least that is a bonus. But today he did it while taking his nap. It is just so cute to have a little boy stand up and say "Hi!" to you in his crib while letting it all hang out.
Brewed by MamaMay at 10:14 AM No comments: Links to this post

I am not going to lie, I make money off this blog and as such I REALLY don't want people to steal from it... and I would REALLY love for you to link to me. I love being linked to almost as much as comments!

All patterns, free or otherwise are licensed. This means you can not SELL the patterns nor copy and paste them for free on your blog or even give them out for free, but you can direct people to this site to get them for themselves. You ARE allowed to sell/gift/burn what you make with my patterns so long as you don't call yourself the designer, just the maker of said object. If you do sell said object online, please link pack to my blog. If you sell at a store or elsewhere please add to the fine print my blogs URL, though you do not need to put the address to the exact post.


All photos are licensed and can only be used if they link back to this site (exact post if applicable). All other content is licensed and MUST have my permission to use them on another site. Stealing content is not acceptable and in violation of the law.


If you wish to quote me on the internet please have the text link back to me or a link clearly marked near the quoted text. I request you not quote more than 5 sentences or one paragraph in quoting me on a single post. 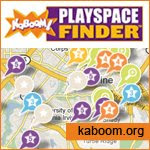